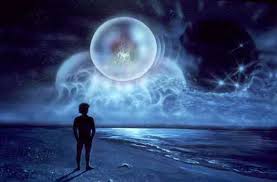 In the hills behind my house there lied a rock, larger than most.  Although dark in color, it reflected sunlight, as if it had some connection to this celestial object in the sky.  So, every day after school I’d gather the neighborhood kids and we had gone on our own little adventure to see this great rock of earth.

“Noah, make sure you’re home for dinner,” my mother said as she stood at the kitchen island slicing potatoes.  I was glad she was roasting them because to me they were like French fries.  She looked up and asked,” Why are you so obsessed about that rock?”

“It’s not a rock, Mom,” I grunted as I poured myself some filtered water from the refrigerator.  Since my mother’s back was turned from me, I didn’t want her to see my frustration that burned at my temples.  I looked forward to seeing this enormous rock.  It was my life instead of television or video games.  I couldn’t see why she couldn’t understand.

“Maybe you should write a story about it,” my mother suggested as I heard her take a pan out from a drawer underneath the oven,” I mean your teacher said you have creative storytelling.”

“I believe that rock has its’ own story,” I spoke up as I closed the refrigerator door.  Then I leaned against it.

“Then what is it?” my mother asked.  She was facing me. She lied the pan on the kitchen island.

“I don’t know.  I believe it is from another planet,” I tried my best to answer.  Then I heard the voices of my friends approach the front door.

“Just think about it.  Your father called.  He could get out of a meeting early.  So, it would be nice to have a family dinner together,” my mother mentioned eyeing the clock that said 4:30 pm.

“What about Lacey?” I asked.

“Your sister had piano lessons today.  She’ll be home soon.  She works the next two nights,” my mother answered as she put the potatoes in the oven.

Then the doorbell rang.

I ran without saying goodbye to my mother. When I opened the door, my friends stood there with their backpacks and thermos filled with iced water.  I locked the door behind me and we started our hike in the deserted area behind my house.

My friends Xavier, Ian and I walked, gathering stones along the way, believing that it belonged to “The Rock” as we liked to call it.  But the sun seemed to have us soaked before we reached the spot to this strange presence that was isolated from the rest of nature. Because where “The Rock” lied, there was a barren desert-like ground surrounding it.

“I bet that rock doesn’t want anything near it,” Xavier joked as he took a stone and threw it at “The Rock.”

“Don’t do that,” I yelled,” You don’t know what powers it might possess.”

“It has no powers,” Xavier laughed.

“Why is it so barren around here?” I asked studying “The Rock” as if it would answer,” This is not the Southwest.  Why this is New York. The grass is always green here.”

“Not the winter,” Xavier reminded me of the four seasons the North endured.

“Well, of course,” I started to say, just as the small rock that Xavier had in his hand began to vibrate.  It then popped out of his hand and glued itself to “The Rock.”  The same activity happened with Ian’s and my stones we had collected.  We all stepped back as “The Rock” began to expand gradually pulling all the stones and pebbles in the radius of its’ path.

“We must be dealing with the mothership,” I assured my friends as we ran into the woods.  We had to take cover to avoid being attacked by flying debris.

“Now you have a story to write about,” Xavier’s sarcasm echoed in my ears.

“Yeah, right,” I witted back. Then I watched the amazement of this boulder, whose ebony color was now turning to gold and orange,” This is not what I planned on this trip of ours.”

“I’m taking pictures,” Ian said as he grabbed his phone from his pocket.  He snapped photos of at this evolving artifact.

Then “The Rock” leveled itself off the ground, revealing rocket like fumes, that left us all coughing as we turned away from the spectacle.  But as we did, we looked up and the boulder disappeared into the air.

“What happened?” Xavier questioned as he stood up.

“That was not of this planet,” Ian guessed wisely as he searched his phone for his captions,” We must report this.”

“I wouldn’t. This is our secret,” I recommended.

“I have proof,” Ian smiled as he tried to bring up his pictures, but his face turned to a frown,” It’s not there.”

Xavier and I both looked.  Ian was right.  “The Rock” wasn’t in his photo gallery.  He was angry, so angry that he started to kick some stones around.

The air was so silent as well as the woods surrounding us.  But this sand dune, that sat right in the middle where “The Rock” had launched from, was much more still.

“Guys, I think we should head back,” I suggested after a while as my friends and I sat down with our drinks and snacks,” The sun is beginning to set.  There are coyotes around here.”

“Do you think it will come back?” Ian asked.

“I doubt it,” Xavier disagreed,” Wherever it is going we will never know.”

“Someone knows,” I guessed.

“Never mind,” I spoke quickly as I stood up,” We got a long way back home.”

But as we walked back with somber faces, I thought about my father.  I remember yesterday after school my mother pressing his shirts for work.  Something rectangular fell on the ground and I went to pick it up, but my mother grabbed it before I could.  My father’s photo was on it.  She reacted hastily,” You don’t need to see this.”

“Nothing important,” my mother murmured. She wouldn’t look at me as she continued her ironing.

That night at dinner I thought about keeping “The Rock’s” disappearance a secret.  Then my mother asked,” Did you think about writing a story about that rock?”

I almost choked on the steak my mother had grilled.  Then I lied,” Sure. I haven’t thought of the title yet.”

My sister remained quiet as usual.  If she wasn’t practicing on the piano in the living room, she was always wrapped up reading young adult fantasy books on her kindle or helping my Mom cook when she was home to do so.

“A story?” my father too seemed quiet. He had plenty left to eat on his plate.  He took another sip of his soda only to say,” Some stories should remain to be hidden.”

“What is that supposed to mean?” I asked, but my gut feeling went back to the photo I.D.  that fell on the ground.

My father didn’t answer.  He then continued to eat.

My mother helped herself to some more string beans.

My sister sliced her steak.

I just looked out the kitchen window at the backyard.  There was something about “The Rock” my father wasn’t telling me.

That photo I.D. said it all.

My father was not just a salesman at the local dealership.

Even a child could figure it out.  A ten-year-old just like me.