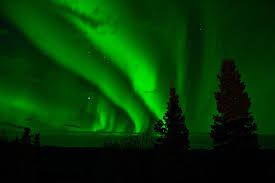 Tonight, the last thing I wanted to do was my homework. I would’ve rather sat down with a cup of hot chocolate and watched television.  But no, I had to work on my history report, about the Cold War.   The heat started to kick on while I typed.  I leaned over to get a sweater that lied on my dresser.  Was the earth going through another ice age?  Was the sun was losing energy?

I missed hanging out with my friends this afternoon.  Ian had to meet with his math tutor.  Xavier had an out of town soccer game.  Here I was trying to complete this five-page report.  Then I wondered, maybe my mother was right, maybe I should be telling a story.

A knock at my bedroom door caused me to stir.

“What kind of surprise?”

My sister opened the door.  I thought she looked silly in her sweats and hi-top sneakers.

“I would’ve waited until Halloween to show you.”

“What about Christmas?” I asked.

“Is it another heirloom?”

“Not quite,” Lacey tried not to curve her lips into a smile.

“Lacey don’t tease me,” I warned as I stood up from my chair.

“Follow me downstairs,” my sister Lacey ordered turning around, her back to the entrance of my room.  She started to walk.  Her hi-tops squeaked on the wood floor as we headed downstairs to the kitchen.  Then she opened the door to the basement. She flipped the switch up.  My father installed lights on the steps, in case he ever had to go down, without having to be blinded by some old light bulb.  But my mother said it had been done for ambiance, though I didn’t know who to believe.

“What is that?” I asked when we reach the bottom of the stairs. Sitting on a round table was a globe rotating in the darkness.  I observed the basement for anybody else controlling the movement of the sphere.

“Aurora?” I questioned acting like I didn’t hear, but, I was enthused.

“Yes, not many people know about it,” Lacey answered.

“Can I use it?” I asked as I edged myself closer to this bizarre wanderer of light.

“Why not? It’s something to learn,” My sister answered as if the question I asked was insulting.  She was already climbing the stairs.

“Never mind,” she grunted as she closed the basement door.

I was alone with this globe.

I wondered just What was its’ purpose?

Now that it was me, some lighting, and this hi-tech ball of machinery I decided to check it out.  There was a remote sitting next to this minute earth.  The features on it were simple to use. You could either make it spin on its’ axis, how slow or fast that you wanted it to. Or you could make it still, watching one part of the planet turn into glaciers and the other boiling hot with heat.  But all I wanted to see were the auroras my sister told me about.

Ironically, enough when I gave the earth its’ last spin, it stopped right on the East Coast.  I just so happened to be staring at the spot where I lived, near the Sound.  But the color on that area of “The Globe” was not your typical blue or green found on most earth models, instead it was in purples and pinks.  I raised my hand above that spot, trying to figure any senses.  Then “The Globe” began to spin rapidly.

First, the aurora grew three times the size of this replica of earth.  Spectacular colors wisped around like sparkles found around a bonfire, but this was not a fire, which made me a little hesitant of what it would do next.  Then I backed away, only to see, rocks rising from the surface, orbiting the earth like mini asteroids.  But out of these so-called boulders in the crafted sky, were tiny lightning bolts, jumping up and down, to the rhythm of this vibration. There were also jewels of light erupting from the ocean, causing just the same brightness as the lightning.  This rotation caused my head to go dizzy until I heard my phone ring.

“Xavier,” I spoke trembling as I tried to hold on to my phone.  I watched the aurora grow stronger and stronger.

“I was going to text you,” Xavier shouted,” But this is an emergency.  Ian and I noticed you have an aurora spinning around your house.”

“What?” I didn’t quite understand.  I searched for the remote to this globe, but I couldn’t trace my steps back to where I left it last.  I asked Xavier,” I thought you had a soccer game.”

“No, it was cancelled.  The fields were too wet because of the rain we had,” Xavier explained.

“His tutor cancelled.  She had to take exams for grad school,” he answered just as I discovered the remote on the seat opposite of where I sat.  I listened to Xavier as I pressed different buttons to turn off “The globe,’ ” Listen, Ian and I are headed to your cellar door.  I bet that’s where you are.  That’s where lights seem to be rising from.  We don’t know what to make of this sight.”

“I’ll be there.  I think I’m going to bring ‘The Globe’ with me,” I mentioned as I struggled to shut it off.

“That’s if it lets you,” Xavier cautioned,” But I can’t see anything else that would be that cool.”

“It will.  Meet you at the cellar door,” I promised.  Then I hung up and put my phone in my pocket.  Being so frustrated with the remote, I threw that aside and picked up “The Globe.” I aimed it towards the cellar door where the waves of light were leaving.  I heard my friends try to open the door, but I just pushed it open.

“I’m taking a picture,” Ian took out his phone, but the energy from “The Globe”  kicked his phone out of his hand.  He then realized,” I guess not.”

Then all the energy that had engulfed my house like a swarm of bees locked itself into “The Globe”, as if it was seeking shelter in its’ honeycomb.  I thought I was the proud beekeeper, when this small, yet complex world shot out of my hand.  It then traveled in the woods behind my house, the very place where I found “The Rock.”

“Let’s followed it,” I ordered as my friends and I ran.

It was hard to see the path I had created because leaves had now covered its’ direction, so I had to count on my phone’s GPS to lead the way.  In the sky above the Hunter’s Moon, may have given an eerie scene, but its’ light allowed my friends and I to scope the area around us, as we all tried to keep up with the world we were after.

“Too bad you couldn’t carry it,” Xavier was disappointed.  He was behind me, on my right side.

“Besides jumping out of my hands, it’s too heavy,” I mentioned.

“Not like ‘The Heirloom’, right Noah?” Ian joked.  He was also behind me, but on my left side.

“No, not at all,” I agreed as watched the ball of light sliver like a snake, right to my father’s job.

It was as if everything in that globe was connected to this building and to the family I was born and raised in.   My friends and I had stopped our running.  “The Globe” landed in my hands. I almost fell because of its’ weight, but then surprisingly enough, I felt that much stronger and tougher, as if I could defeat anything.  But that wouldn’t last for long.

I had my arms tight around this globe, hoping it wouldn’t escape again.  But in the dark silence of the chill of the air I heard a man’s voice loud and clear,” Where’s my globe?”

It was so loud and echoing that it pierced my ears.

My friends had heard it to, because Ian asked,” Is your father’s name Jack?”

“He means Jack and the Beanstalk,” Xavier explained,” Because that’s what he sounds like.”

“I guess I better return ‘The Globe,’” I understood the fated meaning to my father’s prize,” I don’t want my father to know I have it.”

“He probably already knows,” Xavier guessed as he hopped on the path that led back to my house.  Ian followed, but Xavier put his hand out, indicating I was the leader of this triangular pack that I had led on our adventures. He advised without doubt,” Let’s run.”

That’s what we did.  We ran.  Sometimes we tripped over the hidden fallen branches and rocks that were blown from the night’s wind.  They acted like obstacles, a course, that halted our journey from getting get back safe without any commotion.

Then “The Globe” was released from my hands again.  It titled sideways.  The energy of “The Globe” was now greater than it had been, before it led us to my father’s plant.  Speaking of my father, when we reached the cellar door my father was waiting for me.  He had his shirt that said High Tech Star Gateway Machinery written on the side. He was also wearing his photo I.D.

The aurora then disappeared into the globe.

I looked up.  My mother was in the kitchen window holding a cup of tea.

My sister was sitting on the grass chewing bubble gum.  She was a playing a song on her phone she wrote called “Bad Dreams.”  The words said, Bad dreams-make you scream-that haunting light beam.

“How could you?” I glared at my sister.

She didn’t answer. She only stood up and climbed the stairs of the deck where she would meet my mother in the kitchen.

“Things like this only happen on earth,” my father shouted holding “The Globe” in his hands,” My earth.  ‘The Globe.’”

Then he opened the cellar door and went inside.  The aurora followed him downstairs.

“Are you going to be alright?’ Ian asked.

“Yeah, I’ll be fine.  I still have homework to do,” I assured my friend,” Just another adventure with us.  Isn’t it true?”

“Listen.  Call or text us if anything comes up,” Xavier minded with a pat on my back.

Then my two friends sauntered back to their houses.

I just stared at the cellar door.

Then I went back to my routine.  Just a boy on earth, who was taught to go to school and obey his parents.

But the following night I couldn’t sleep. They say kids my age needs eight hours of rest or more.  Instead of trying to read, which I was told was the best thing to do with insomnia, I went down to the kitchen to get myself a snack.   I heard voices coming from below, so I laid my midnight treats on the counter and cracked open the basement door.  I put my right foot down on the first step and peeked my head over.  Then I covered my mouth with my hands so I wouldn’t scream.

There was my father with  “The Globe”.

He was pointing out areas of “The Globe” to another individual.

I didn’t recognize him.

In fact, he didn’t look human.

I guess just like “The Rock.” He could be from the mothership.

What were they doing there?

Somewhere there was a connection.

Maybe in the stars.

I then shut the basement door.

I carried my snack upstairs.

Then I opened my closet and found a miniature globe I got last Christmas.

My father told me,” This isn’t the only earth.  There are millions like these.”

Now I understood what father was talking about.

“The Globe” was more common I thought.